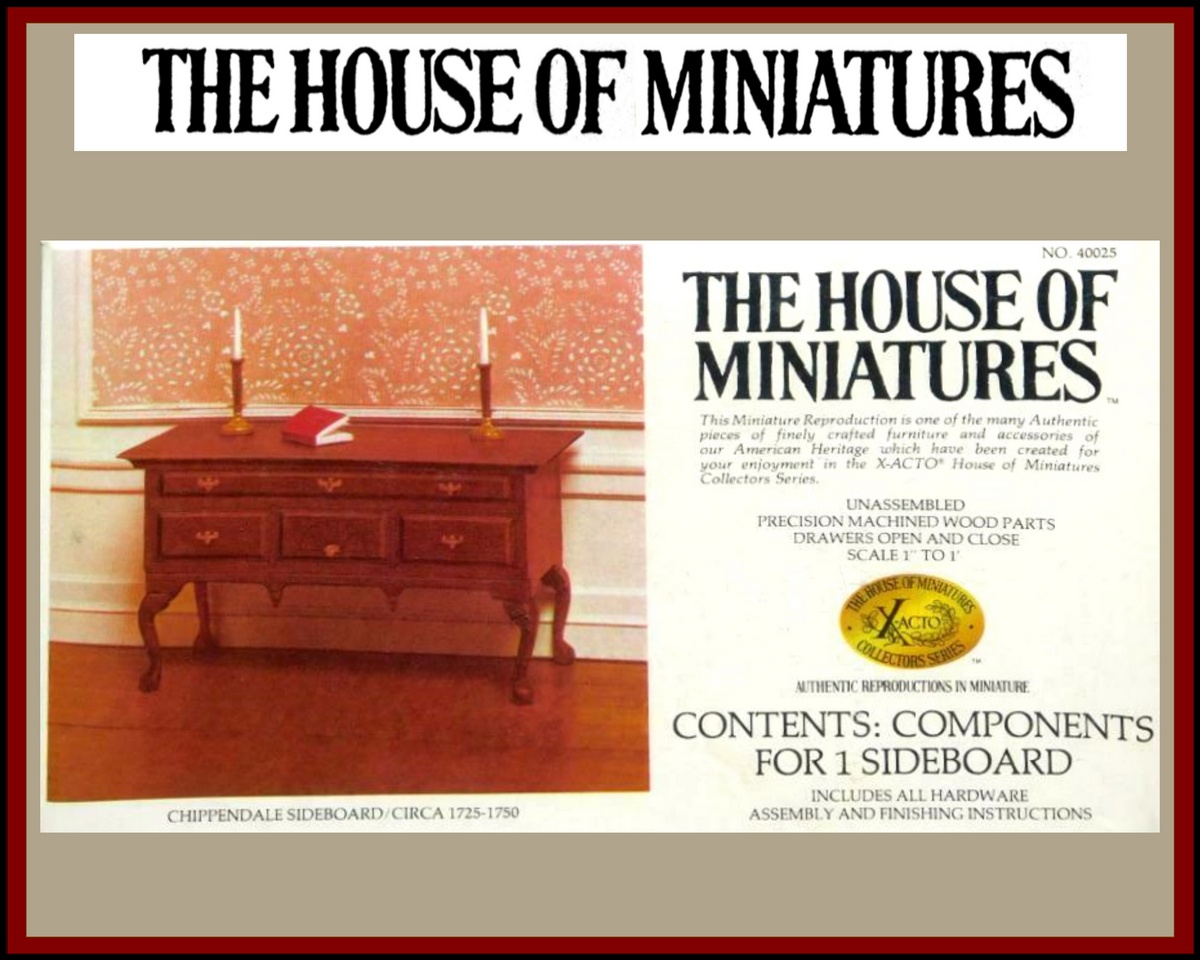 Catalog Description: This piece was used as both serving table and storage chest. Our miniature features the popular scallop pattern on the lower middle drawer. 2 7/8"h x 4 3/4"w x 2"d.

The sideboard was a popular and useful piece of furniture in the homes of the 18th Century. It was equally at home in the dining room, or in the hallway. In the dining room the individual drawer locks often protected the family's heirloom silver. In the larger formal entrance halls it was often the depository for visitor's calling cards. The majority of Chippendale's sideboards were made without drawers, but several designs did incorporate three to four drawers. The design we have copied is typical of the adaption of Chippendale's designs by the American cabinet makers in the 1700's. Chippendale's designs for this style of furniture varied greatly to suit the taste of his client. The front legs were ornately carved cabriole legs, while the rear legs either matched the front ones or were unadorned and straight. When drawers were used the front treatment was similar to that of the lowboy, and when the drawers were not used the apron was wide and richly carved. Chippendale worked almost exclusively in mahogany, but copies of his work produced in the Colonies were made in a variety of woods. In New England, cherry wood was widely used and, due to the popularity, and desirability, of mahogany, it was often called "New England Mahogany." 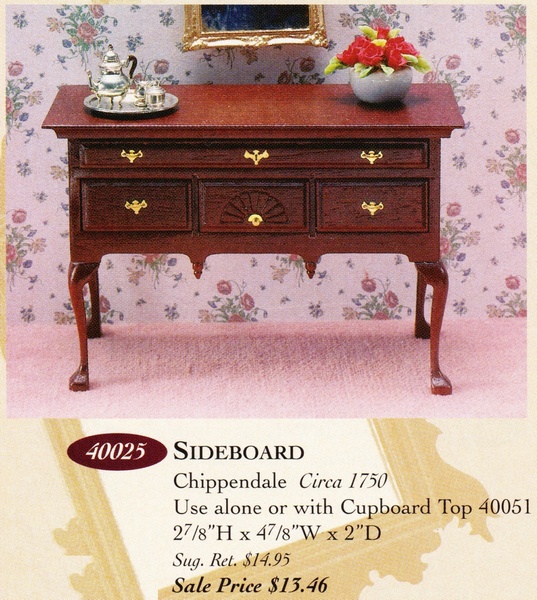 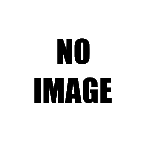